The term “augmented reality” is used to describe a live direct or indirect view of a physical real-world environment whose elements are augmented (or supplemented) by computer-generated sensory input such as sound, video, graphics, or GPS data. It is related to a more general concept called mediated reality, in which a view of reality is modified through the use of enhancements; AR has been defined as any technology that “overlays digital information on an image of reality”. The primary value in using augmented reality technologies lies in the ability to supplement visual information with auditory or textual components.

An example would be when a person points to a smartphone running a location-based augmented reality application at a book in a library. The app would be able to show information about the book on the screen, such as reviews or background information regarding the subject of the book. In other words, by providing an overlay of data over things people already see in their everyday lives, AR applications open up new opportunities for social interaction and business development.

In general, Augmented Reality is used to inform users about places that could not otherwise be easily recognized due to lack of landmarks or visibility conditions. Directions can also be provided by overlaying instructions onto real traffic signs and roadways. According to an augmented reality review published online, the technology can be used to benefit a variety of fields including medicine, marketing, and education. For instance, in construction and engineering companies use AR applications to plan the location of objects before they are actually built. Automatic virtual fitting rooms can adjust clothes in retail while consumers stand inside them. Large gatherings like concerts or conferences etc. can be easily searched for by searching for an image on any smartphone-enabled device; anything from food to banners can be superimposed over real-time digital images using AR application development services.

Businesses often use AR technology to train employees on intricate procedures and equip them with visual aids that can be instantly accessed through camera devices. For example, a technical support representative could place AR markers over the screen of a malfunctioning device and receive assistance from a remote expert on how to fix it. In marketing or sales contexts, retailers use applications that allow customers to visualize what a particular piece of furniture or home accessory would look like in their house before buying it. This application is especially helpful for customers who are looking at expensive items such as furniture, rugs, etc., as they can get real-time feedback on their appearance by superimposing virtual replicas onto them. Augmented Reality has also found its way into medical care; surgeons have been known to use AR glasses to see a high-tech 3D model of the human body as they work. A significant advantage of this application is that surgeons can zero in on hard-to-reach areas with surgical tools and perform the procedure before cutting into a patient’s body.

There are numerous AR applications available for smartphones and tablet devices. Google Glass, a wearable computer with an optical head-mounted display (OHMD) that superimposes data over the user’s field of view, is considered by many to be at the forefront of Augmented Reality application development. The device itself has no buttons or any other manual controls by default; users need to either blink or tilt their heads in order to navigate through menus and activate different functions. For example, one can easily activate GPS navigation by simply looking at a street name. Besides its actual use as a guide for drivers and pedestrians, it is also popularly used as a filming tool.

Machine learning techniques are central to many augmented reality applications. For example, image recognition is used as a preprocessing step for feature detection methods in many computer vision-based augmented reality systems. Similarly, these specialized algorithms can be used to identify objects that are not directly visible by analyzing other features such as reflections or shadows which indicate their position and orientation with respect to the viewer. Such properties once rendered explicit via machine learning enable virtual images to be semantically combined with tagged meta-data describing their origin and purpose.

The primary advantage of Augmented Reality is the ease with which users are able to access relevant information in their physical environment. Rather than having to look through a list or map to find what one needs, augmented reality provides an overlay on the real world that takes the form of additional contextual data pertinent to specific locations and objects within them. For example, if someone is looking for a particular building in an unfamiliar city, they can use an AR application that will show where exactly this building is located in relation to their current position and provide additional information about it (e.g., whether or not there are free parking spaces around it). Furthermore, using AR applications becomes especially useful in low visibility conditions (i.e., when visibility is limited due to darkness or thick fog), as it allows drivers or pedestrians to identify their location and avoid potentially dangerous situations (e.g., intersections).

Although Augmented Reality has already been applied in a variety of everyday contexts, there are still many possible applications of the technology that have yet to be explored. For instance, AR can be useful in working environments by allowing employees to receive additional information regarding their surroundings (e.g., alerts about machinery malfunctions) without having to stop what they were doing. Additionally, since augmented reality requires an internet connection in order to work, one promising area for its application is providing remote assistance when users are in need of guidance or advice on how to deal with certain issues. Although it is still early to make accurate predictions about the future of Augmented Reality and how exactly this technology will be used in everyday life, it is evident that its application has a vast potential and can revolutionize our day-to-day interactions.

Augmented reality applications are not only extremely useful in certain contexts, but are also set to become part of our everyday life in the future. Interestingly, as opposed to virtual reality, which immerses users into a completely different reality, augmented reality takes the environment we are already familiar with and superimposes additional digital information on top of it. Thus, people using AR will continue to perceive their physical surroundings as they always did before while gaining access to contextual information that was not previously available to them. 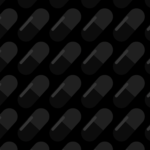 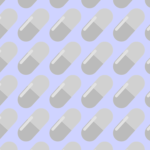