Cryptocurrency has recently taken another blow to its infrastructure and image with the news that the second largest cryptocurrency exchange, FTX has entered into the bankruptcy process in America.

The collapse of the FTX exchange has brought with it a feeling of unease to the crypto markets; unsurprisingly this has resulted in losses that look much like a crash. Bitcoin, the largest and most well-known of all the crypto coins and tokens took heavy losses as the news broke. Many are now looking carefully at the unfolding situation for signs that either the cryptocurrency market is stabilising, or that this is just the start of something bigger. A great number of factors affect the probability of this happening; even the best analyst is going to find this a challenge.

FTX has entered a type of bankruptcy agreement called chapter 11; this enables the business to continue to trade while it restructures its debts and assets with a view to returning investors’ outstanding funds. This situation will be managed by the US courts as the process continues. The former FTX boss, Sam Bankman-Fried has resigned as the firm’s chief executive and has been replaced by John J Ray III who has experience with the bankruptcy process and its application to large financially troubled organisations.

One of the biggest aftershocks of the FTX collapse is the withdrawal of a rescue package from the Binance exchange. Recently it was announced by Binance CEO Changpeng Zhao that a rescue package would not be forthcoming. This has left the stricken firm looking for $9.4 Billion in rescue funds.

Prior to the Binance package, Bankman-Fried had sought other firms who might hold a rescue package, but he was faced with a tough crowd, the OKX exchange declined his invitation in a blow for the 30-year-old billionaire who has sailed a remarkable journey to build FTX into the huge behemoth it was up until so recently.

On his resignation, Sam Bank-Fried made an announcement that indicated to the world that he held himself accountable for the firm’s collapse; he said in a tweet, “I’m really sorry, again, that we ended up here. Hopefully, things can find a way to recover, I was shocked to see things unravel the way they did.”

Former boss Sam Bankman-Fried, sometimes known as “the King Of Crypto” at 30 years old has been an extremely influential voice for the entire crypto community, even as far as giving evidence on behalf of the industry to the US regulators. His announcement leaves the industry and its investment customers wondering if Mr Bankman-Fired is right and if this was an isolated case of mistakes made inside the firm, or if it heralds the start of an even rougher road ahead for cryptocurrency in general.

Cryptocurrency is predominantly a currency used for investment, to be a good investment the various currencies must look like they have every possibility of increasing in desirability and price. The FTX collapse has triggered a loss of confidence in the whole crypto industry.

This mood has had a marked effect on the trading price of most Cryptos; those affected have seen a marked downturn on their recent values. Bitcoin itself is down approximately 18% on its trading price only a month previously. With the value of cryptocurrency still vastly deflated from the beginning of June this year, it is clear the industry is seeing upheaval.

Historically a short-term upheaval within a market would normally signal a perfect time to buy up stock and look forward to a profit shortly down the road when the dust has settled and prices rise. This situation may yet unfold as the dust settles, but some in the crypto industry fear this could be the start of something much more fundamental.

Some experts are saying this crash is in part due to a lack of regulation in the crypto industry that makes it safer for its users, unlike how governments regulate the gambling industry and UK slot sites.

Binance CEO Changpeng Zhao sent a letter to the companies staff recently via a tweet which said there was no master plan behind the FTX bailout deal and went on to say that “FTX going down is not good for anyone in the industry” These were strong words by the experienced crypto CEO who also went on to warn investors not to trade FTT’s and to ignore the current prices.

Others have painted a brighter picture, with Dan Ives, a Wedbush Securities Analyst has said he did not think FTX would lead to wider problems in the stock market but felt the situation was contained.

A Time to Invest

Much rides for Crypto at this time and keen eyes are looking for signs investors are buying into the dip. But with Cryptos frontman so deeply involved with FTX’s crash and its significant ripples, this situation has been and continues to be a serious threat to the barely stable cryptocurrency marketplace at large. If this dip in prices is just a freak event, it stands to reason crypto will rebound and in that situation, bold investors who have taken the risk will likely be well rewarded. It is possibly not the time for taking anything for granted; the crypto market has been going through a volatile period for longer than the FTX crash can take credit for. Those who have lost money during this time may look to other investments that either represent a more stable long-term prospect, or they feel offer a better chance of a quick profit as prices within the traditionally more stable investments represented by the FTSE100, as these have not seen a downturn and have remained stable during this recent crypto price crash.

The truth is that no one knows when the ideal time to invest is, so it is a matter of doing your own research and working out what is best for you – after all, any investment like this is a risk. 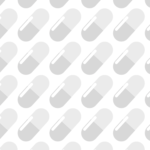 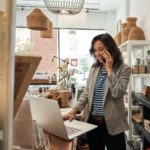